Finestrat: Life between Sea and Mountains 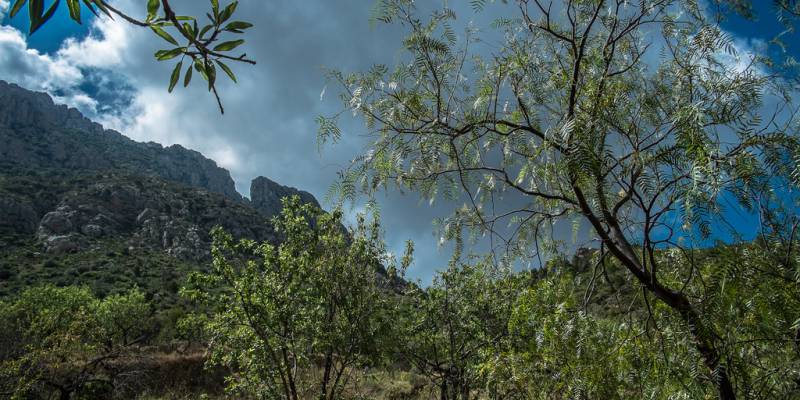 Live in perfect harmony with nature, but without giving up all the advantages and comforts of civilization! Enjoy the silence and fresh air of the mountains while just being 10 minutes away walking from the beach and the bustling nightlife of Benidorm!

And, why couldn't you? There are still places like this in the world, although not too many... For example, this is the urbanization "Balcony of Finestrat" where right now modern villas are being built with swimming pools and gardens... But we'll talk about the villas and the Salisol Hills project later. For now, we will talk about the beautiful surroundings, the interesting locations around them, the beautiful nature and other peculiarities that make life here more pleasant and comfortable.

The old town of Finestrat, near which the construction of the elite Salisol Hills residential complex began, is located at the foot of the Puig Campana mountain - one of the many landmarks of the Alicante coast. It can be seen from far away and, due to its unusual shape, cannot be confused with any other mountain!

Finestrat is a quiet, silent, beautiful, welcoming, and small town (just over 6 thousand inhabitants). The old town, which once stood on the foundations of a destroyed Arabian fortress, captivates with its narrow, winding, and so charmingly Arabian streets; colourful little houses full of flowers; nice and green parks and old town squares. In Finestrat, there are also some beautiful hanging houses, suspended over the cliff, the view of which is especially impressive when approaching the city from Benidorm or Villajoyosa.

Between the sea and the mountains

Finestrat not only has the legendary mountain of Puig Campana, but also a small beach known as La Cala, which is only 10 minutes away by car.

What is this mountain so famous for?

First of all, it is the highest point in Spain (1,400 m) that is located so close to the sea - a mere 8 km away from the wonderful beaches of the Costa Blanca.

Secondly, this mountain has a very unusual shape: it has two peaks, one of which seems incomplete, as if it had been perfectly cut with a laser. Legend has it that in the past, Mount Puig Campana was whole until the legendary Roland arrived, yes, the same one from the French "Song of Roland", the most famous of all Charlemagne's knights ... After the battle with the Moors, Roland rushed in pursuit of one of the Moorish leaders who tried to escape and caught up with him at the top of Puig Campana. They clashed, the knight threw the Moor to the ground and when he was ready to kill his enemy with his magic sword Durandarte, the Moor turned away at the last moment and the blow of the sword sliced through the rock. That strike was so strong, and the sword was so magical that the peak of the mountain split and rolled into the sea... According to the legend, this fragment of the mountain became a small island located just a few hundred meters from Benidorm, whose shape is similar to the part that is "missing" from the peak of Puig Campana. There are other versions of this legend, but they are all related to the brave Roland and his magic sword. Well, who knows what really happened?

It must be said that the Puig Campana mountain is a natural park, whose flora and fauna are quite diverse. There are also several exciting hiking trails and walking is very pleasant and beneficial to one's health!

"La Cala" is a welcoming and clean beach, protected by beautiful cliffs from the hustle of the neighbouring tourist towns. Since 1987 the Blue Flag of the EU is constantly waving over the white sand of La Cala and, despite the fact that in recent years several residential complexes and hotels have been built here, the beach of Finestrat is still much nicer, cleaner, and quieter than the beaches of Benidorm and other nearby towns.

There are no legends related to the small bay that belongs to the city, but there is an interesting history worth mentioning. From the 16th century onwards, Berber pirates were constantly attacking the Mediterranean coast of Spain. They raided and burned the coastal villages and took their inhabitants away to sell them into slavery. The coasts were empty, no one wanted to live in constant fear of being plundered or kidnapped. It was at this time that the construction of the coastal watchtowers began, many of which are still standing and are a characteristic part of the Mediterranean landscape. In order to get more people to protect the coast from pirates, towns that were a little far from the sea were given small sections of the coast, which they had to protect on their own - and that's how Finestrat got its own beach!

What else is there near Finestrat to have fun and relax? Well, there are several golf courses, theme parks like Terra Mítica and Terra Natura, the natural park of Serra Gelada, the famous city of Benidorm with its endless party and many leisure centres, restaurants, discos, etc. Of course, there are large shopping centres and everything else you could wish for to enjoy a comfortable stay. Furthermore, the airport is close by - only 50 km away! 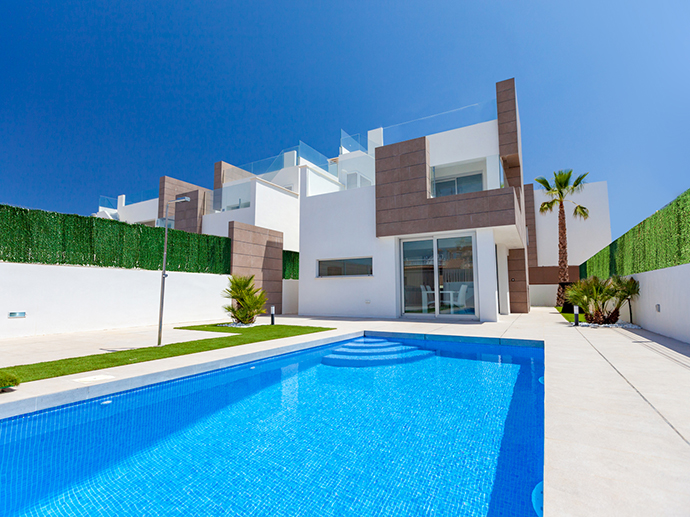 We have a wide range of newly constructed properties on the Costa Blanca and in Barcelona. Buying a new house in the Spanish Mediterranean coast is a great investment and at the same time allows you to enjoy the tranquility and beauty of its beaches with plenty of authentic Valencian cuisine around. 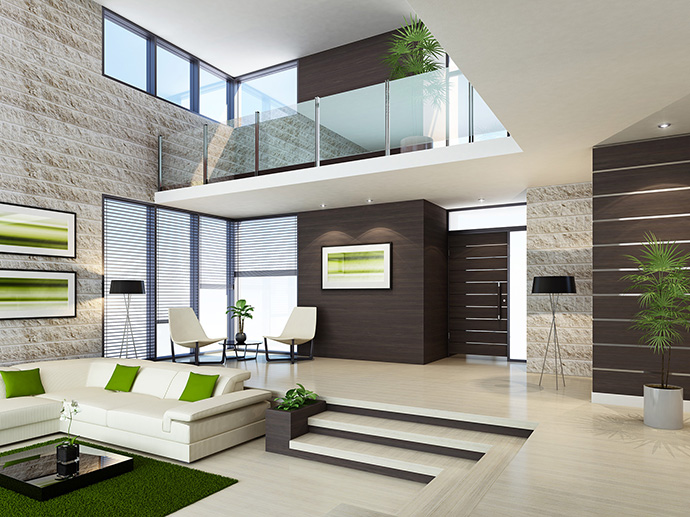 New apartments, houses, and luxury villas in the best areas of Barcelona and its outskirts. Newly built residential complexes in Barcelona - one of Europe's most beautiful cities.

The Costa Blanca (Alicante) is a wonderful place to live all year round or to just visit for a fantastic holiday with the family. This area boasts a privileged climate, the warmest waters in the Spanish Mediterranean coast, 320 days of sunshine a year, and a high quality of life. 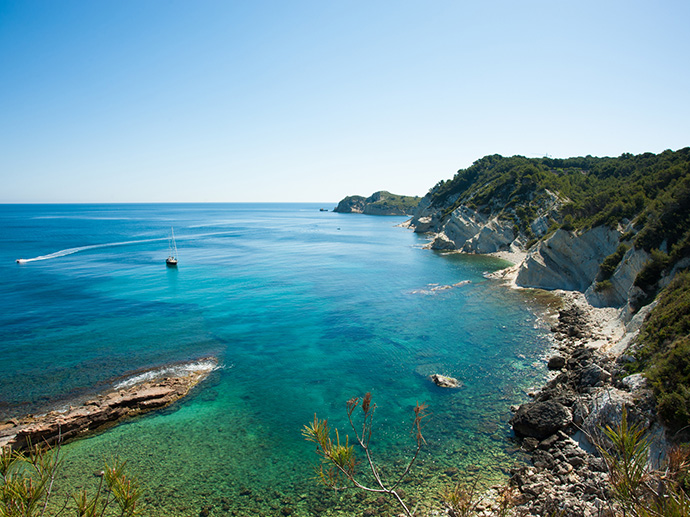 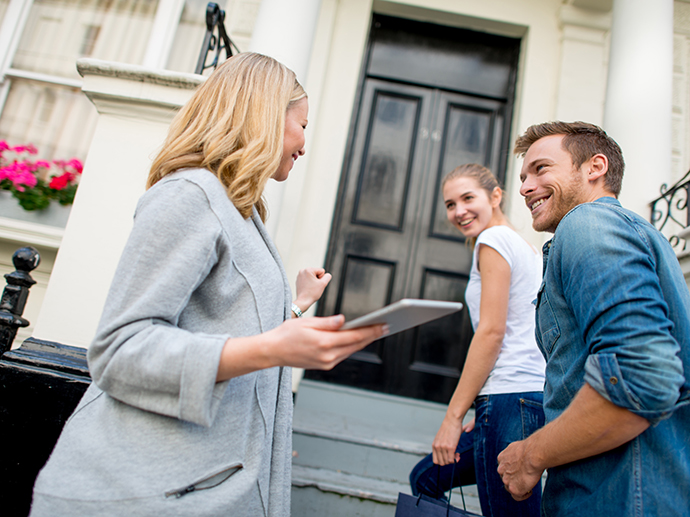